The Government of Japan provides equipment worth USD 2.8 million to strengthen marine pollution response in the Maldives

2020/8/17
Malé, August 17, 2020 – Ambassador of Japan to Maldives Her Excellency Keiko Yanai handed over oil spill response equipment in value of three hundred million Japanese Yen (¥ 300,000,000) which is equivalent to 43 million Maldivian Rufiyya, to the Minister of Defence Her Excellency Uza. Mariya Ahmed Didi, at a ceremony held today.

A training on oil spill response for five Coast Guard officers were conducted at the Maritime Disaster Prevention Center (MDPC) in Yokosuka, Japan last October. During the President of the Republic of Maldives, His Excellency Ibrahim Mohamed Solih’s official visit to Japan in October, the President Ibrahim Mohamed Solih along with the First Lady visited the center and observed the training and was briefed on emergency management, response mechanisms and training for disaster preparedness exercised in Japan.

This set of equipment is donated in line with the Exchange of Notes signed between the Government of Japan and the Government of the Republic of Maldives in December 2018 under the ‘Economic and Social Development Progamme’.

The Government of Japan hopes that the equipment will strengthen the capacity and capability of the Maldives National Defence Force Coast Guard to respond to maritime pollution incidents. 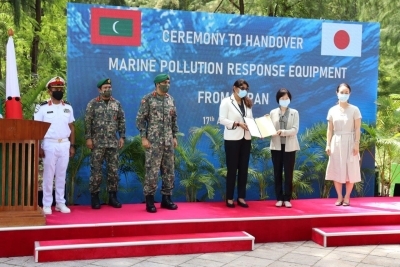 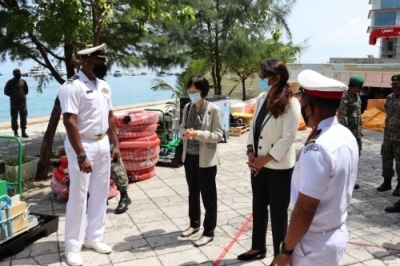 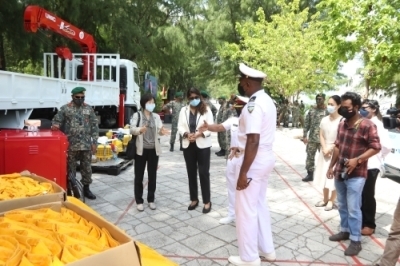 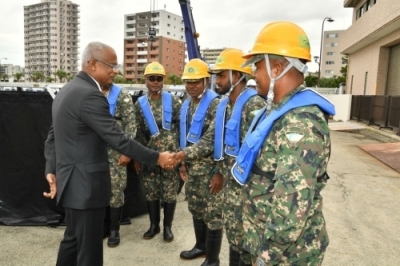 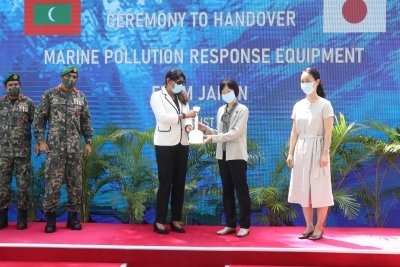 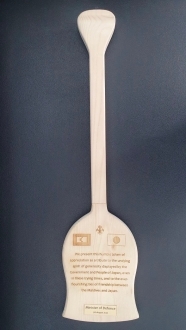 Token of appriciation from Minister of Defence