Ambassador of Japan to Maldives H.E. Keiko Yanai speaking at the reception. 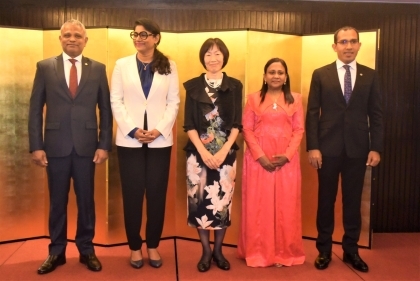 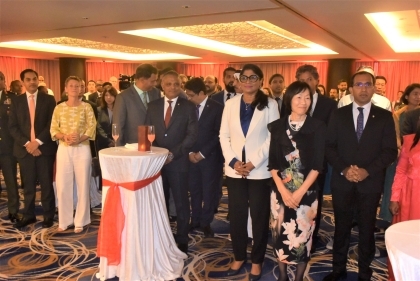 Invitees at the reception 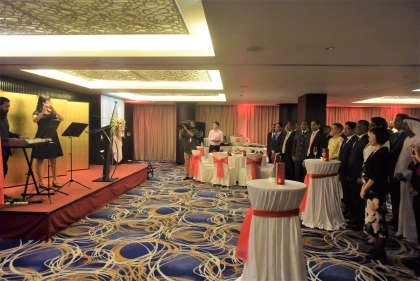 Ms. Kana Kakimoto, JOCV and Mr. Ali Zahil performing the National Anthems of Japan and the Republic of Maldives.

On February 23, 2020, The Embassy held a reception to celebrate the 60th birthday of His Imperial Majesty the Emperor of Japan, Naruhito. The reception was attended by more than 100 guests in a warm and cordial atmosphere.

The Chief Guest, Her Excellency Uza. Mariya Ahmed Didi, Minister of Defence highlighted the enhanced support from Japan since the inauguration of President Solih’s administration.

Speaking at the ceremony, Ambassador Keiko Yanai reiterated the long-standing bilateral ties between the two countries and continuing assistance from the people and government of Japan.