Grant Contract Signing Ceremony for “the Project for installation of Incinerator in Holhudhoo Island, Noonu Atoll” 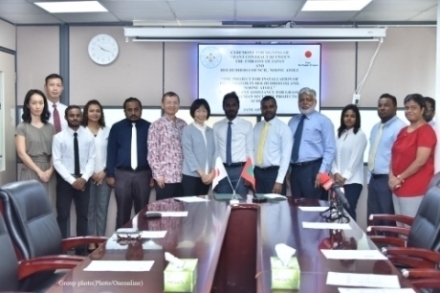 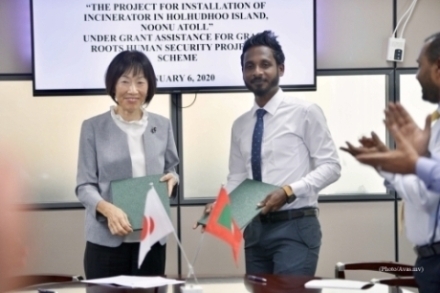 On 6 January 2020, The Government of Japan has committed a grant of USD 301,755 (equivalent to MVR4,526,325) for the Grant Assistance for Grass-Roots Human Security Projects (GGP). The Grant Contract for “The Project for installation of Incinerator in Holhudhoo Island, Noonu Atoll” was signed between Her Excellency Ms. YANAI Keiko, Ambassador of Japan to the Maldives and Mr. Mohamed Naseer, President of the Holhudhoo Council.

Holhudhoo Island is going to showcase the potential of this unique technology to the Maldives.

The GGP scheme is part of the Japanese Official Development Assistance (ODA) implemented by the Embassy of Japan in Maldives in order to empower the people at the grassroots level. The GGP in Maldives has been widely implemented in areas such as education, environment, health, transportation and energy since 1996.