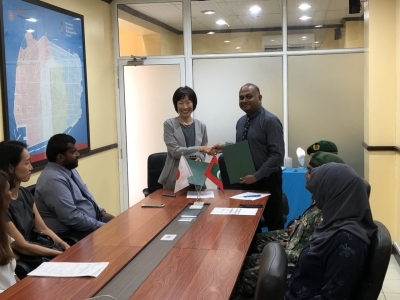 Malé, February 19, 2019, The Government of Japan has provided a second hand fire-engine (which is equivalent to USD 88, 449) under its Grant Assistance for Grassroots Human Security Project (GGP) scheme. The fire engine would be  utilized for disaster preparedness and response in Maldives.

hese grant aids were utilized to enhance the capacity offirefighting services. The Government and people of Japan hope that the vehicle will benefit NDMA for effective and efficient response to fire and rescue services.